Rebecca, Nha, and I built a swing carousel ride for East Campus Rush 2015. This is a classic rush project that has been attempted many times, with limited success (perhaps some of these adhered strongly to the YOLO school of life).

We redesigned the base of the ride to rotate about a central metal pipe instead of a wooden beam. 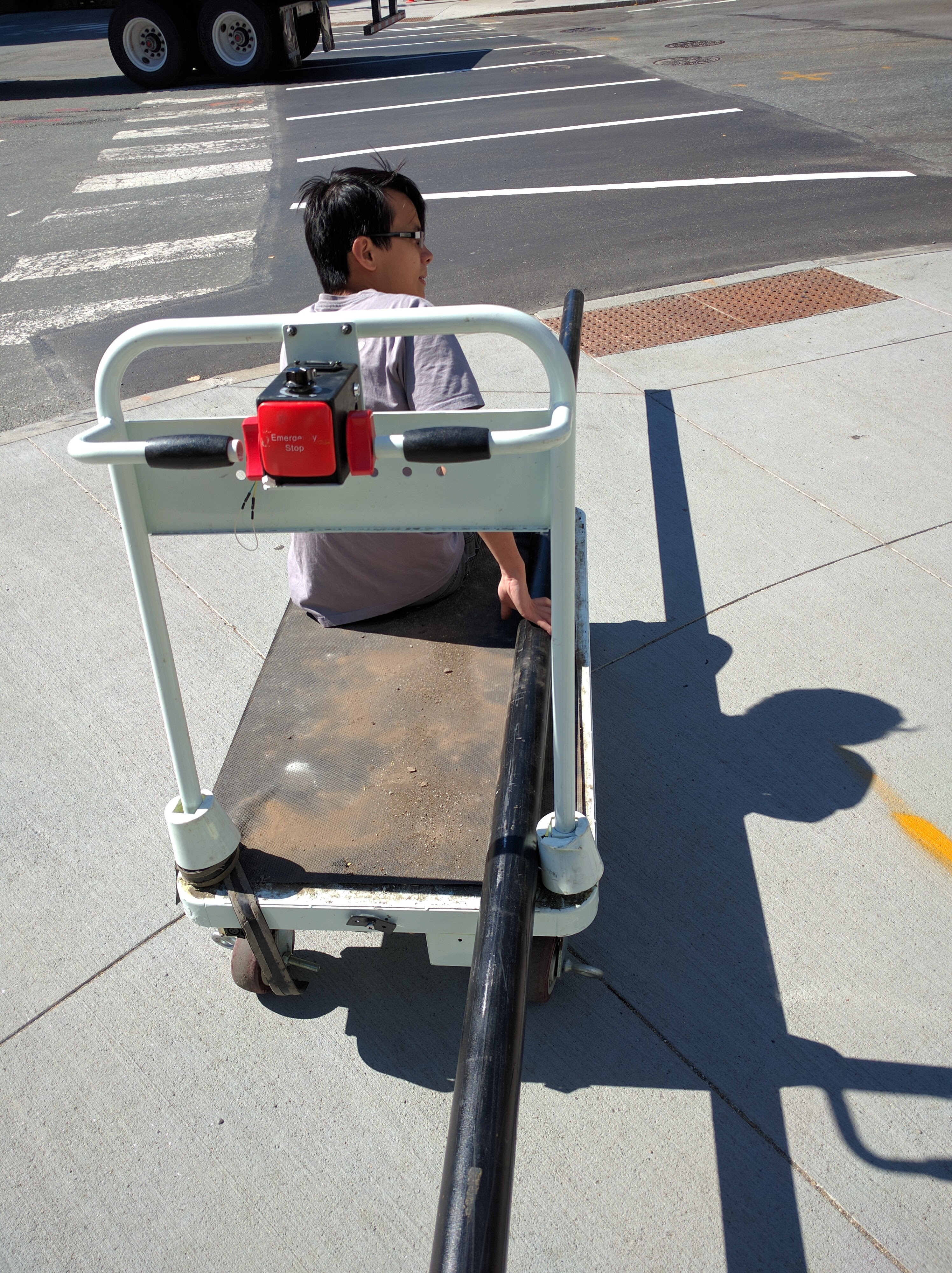 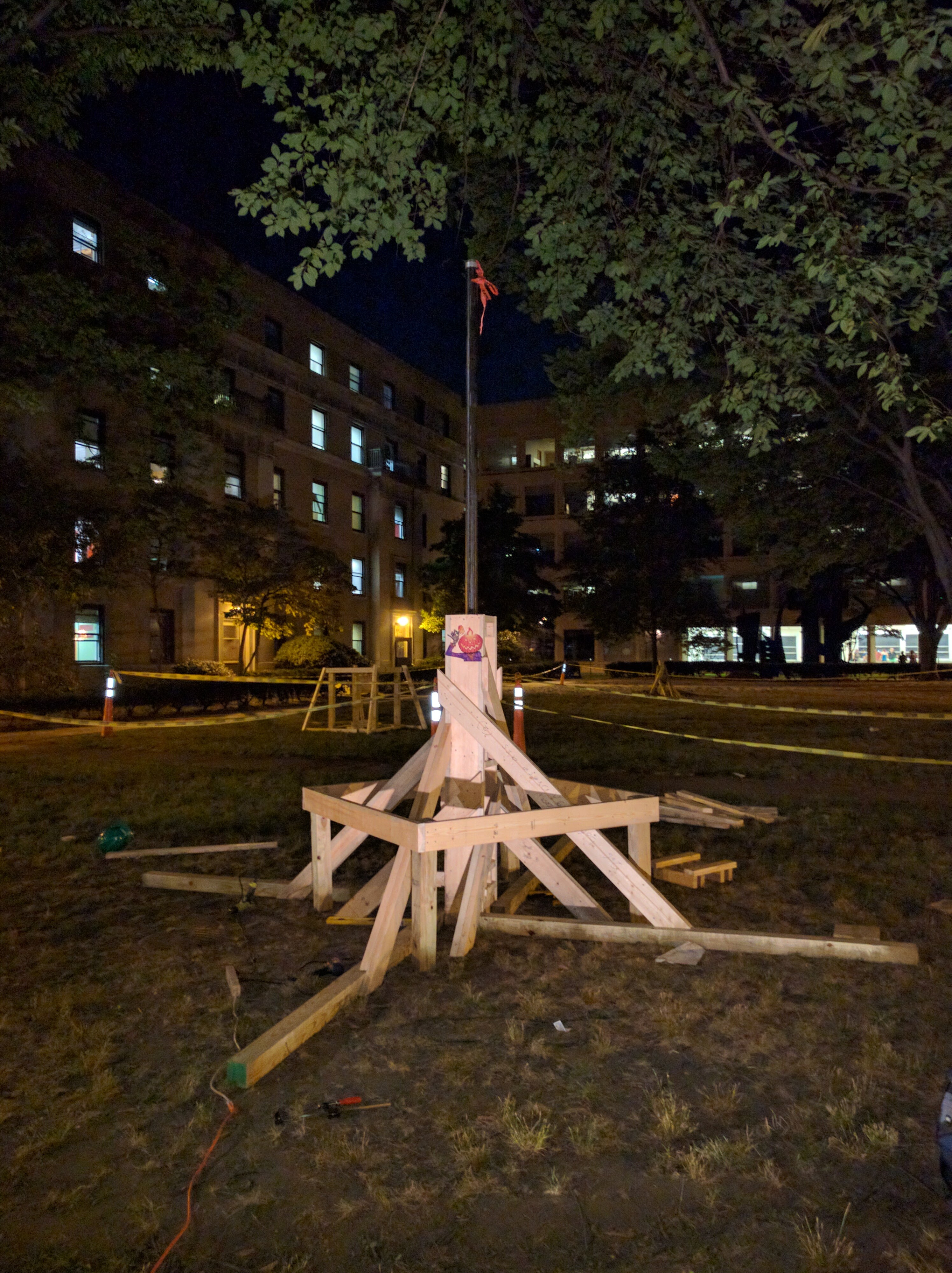 On top of this base, we slid on the top assembly, which was attached to the four swings. The top assembly was constrained to the pipe using a thrust bearing on top, and a radial bearing further down. In order to affix the bearings to the wooden structure, we cut some mounting plates using an abrasive waterjet cutter. 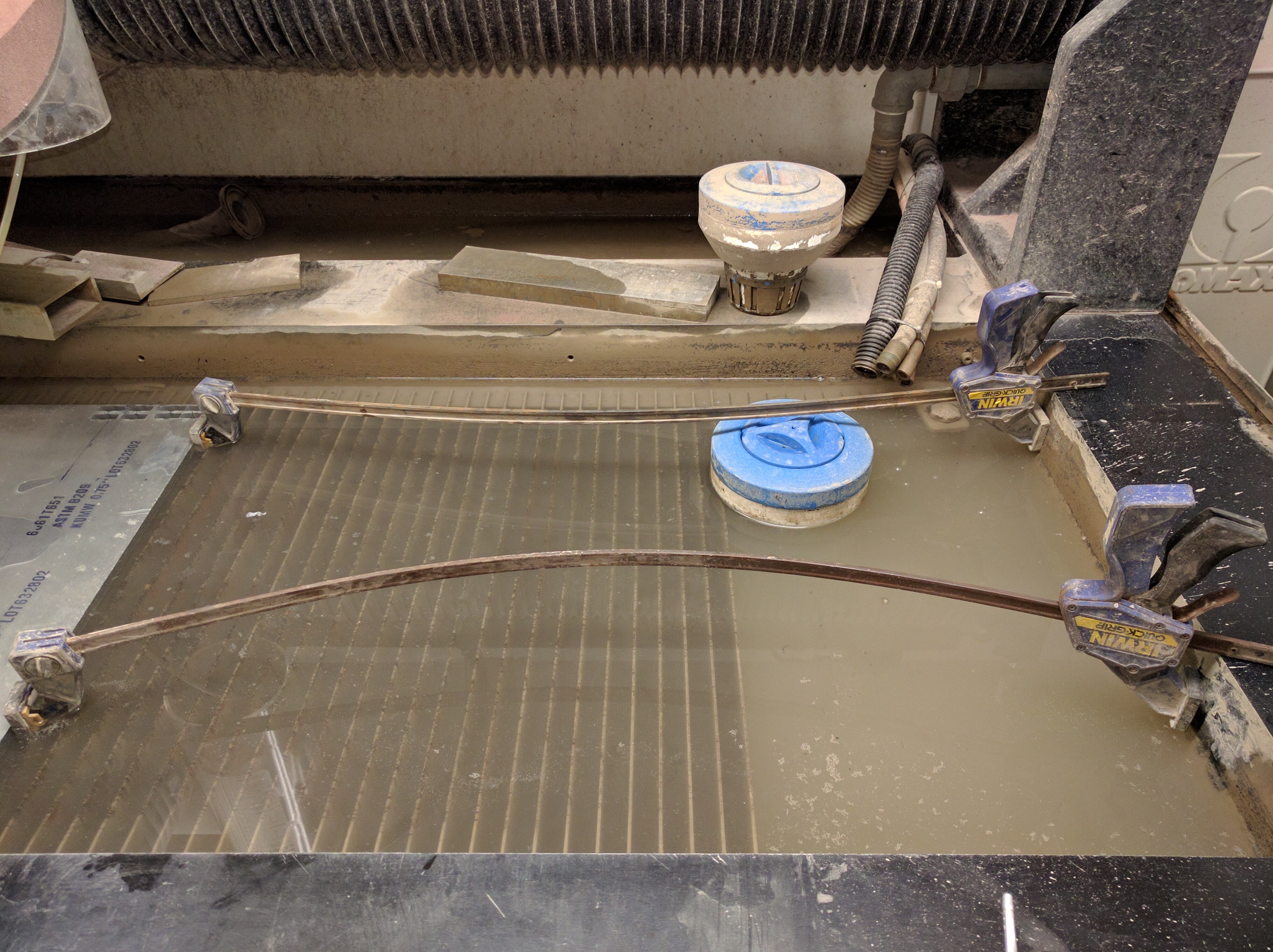 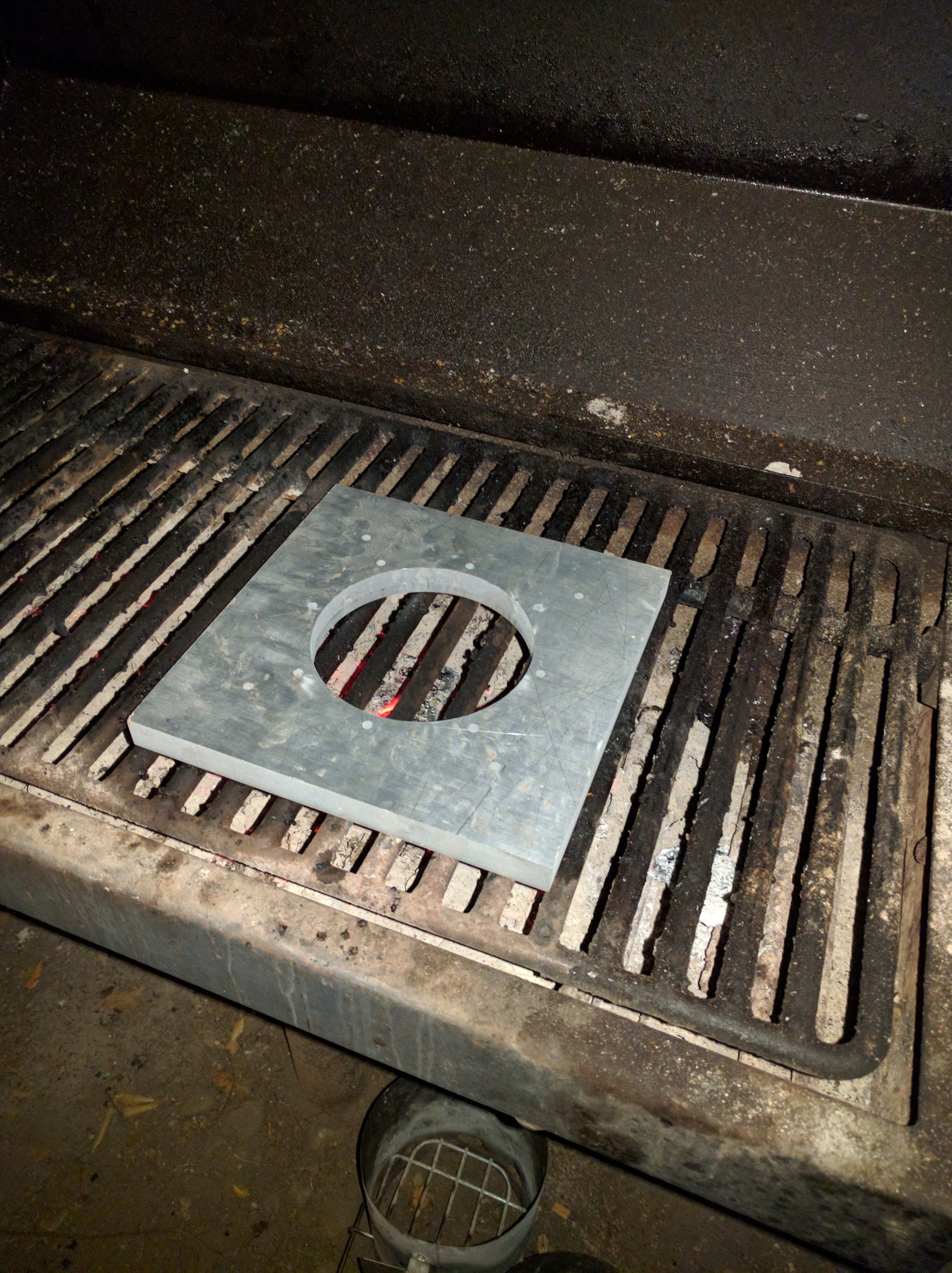 The bearing plates were intentionally oversized. We inserted the bearings by cooling them in ice water, and heating up the plate on the grill. The resulting thermal contraction/expansion allowed the bearing to be inserted into the mounting plate. Upon reaching thermal equilibrium, the bearing is almost impossible to remove.

During construction, our dorm next door was having its carpet replaced. In a stroke of inspiration, we decided to use the discarded carpet to fancy up our platform. 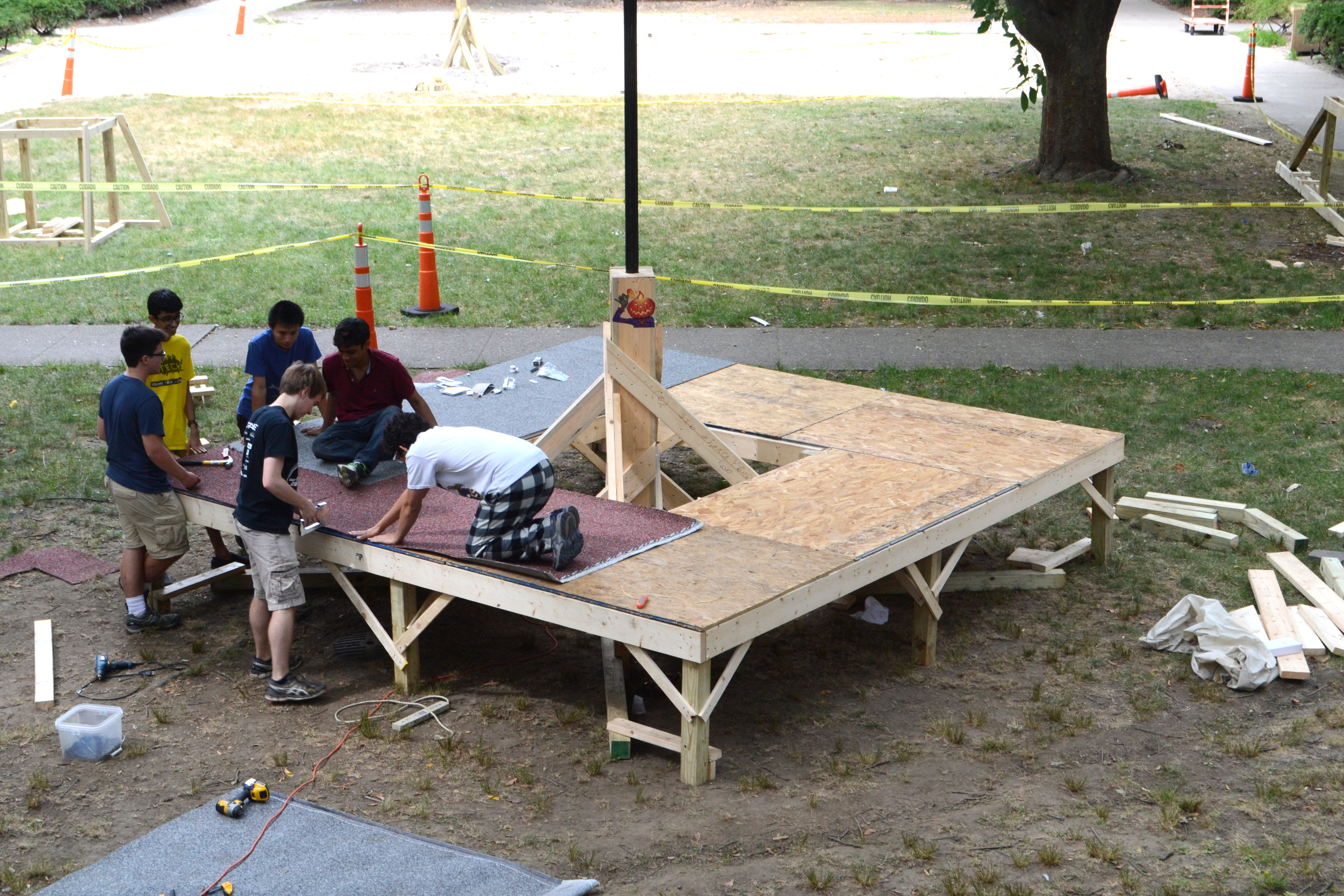 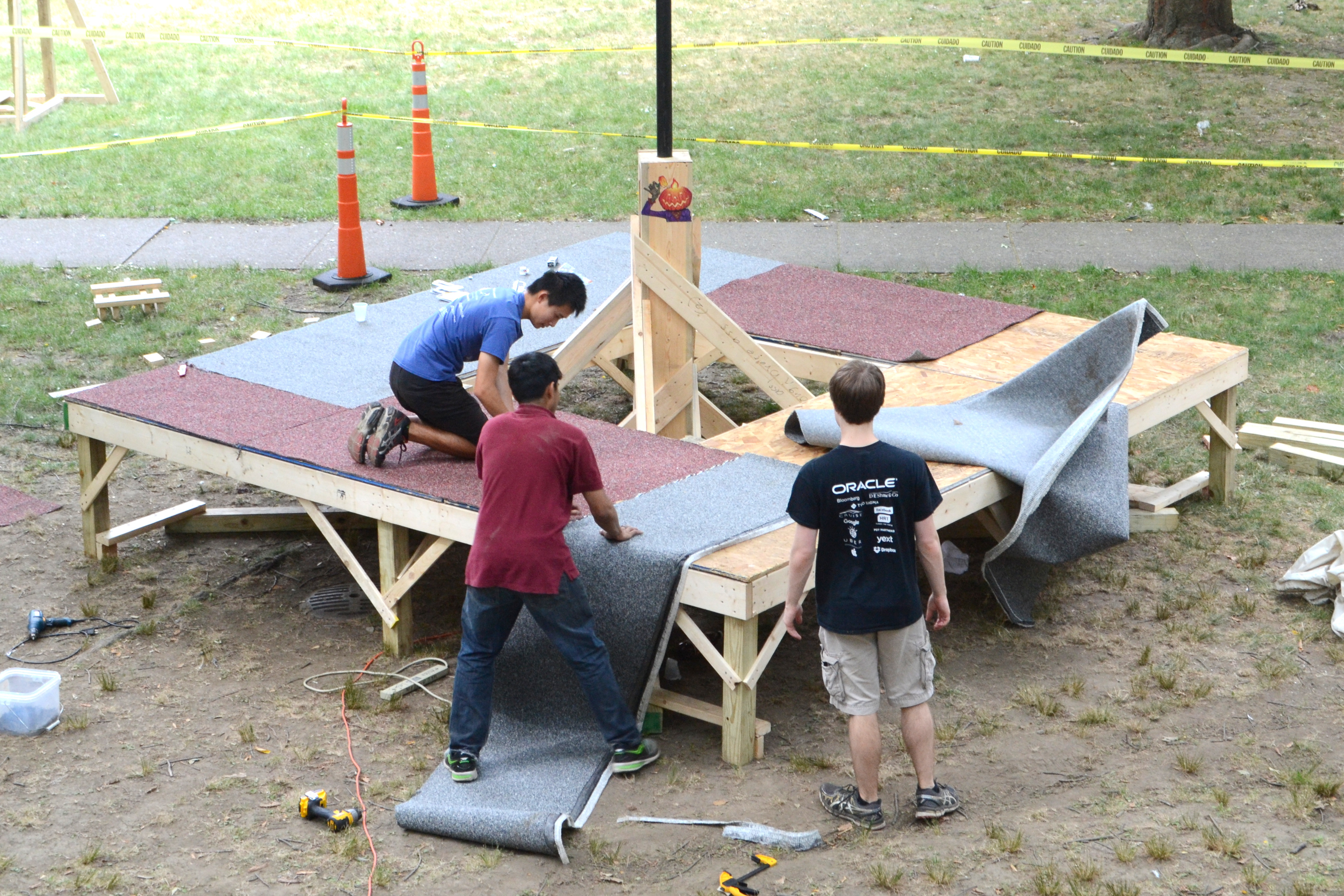 Of course, we had to vaccum our carpet! 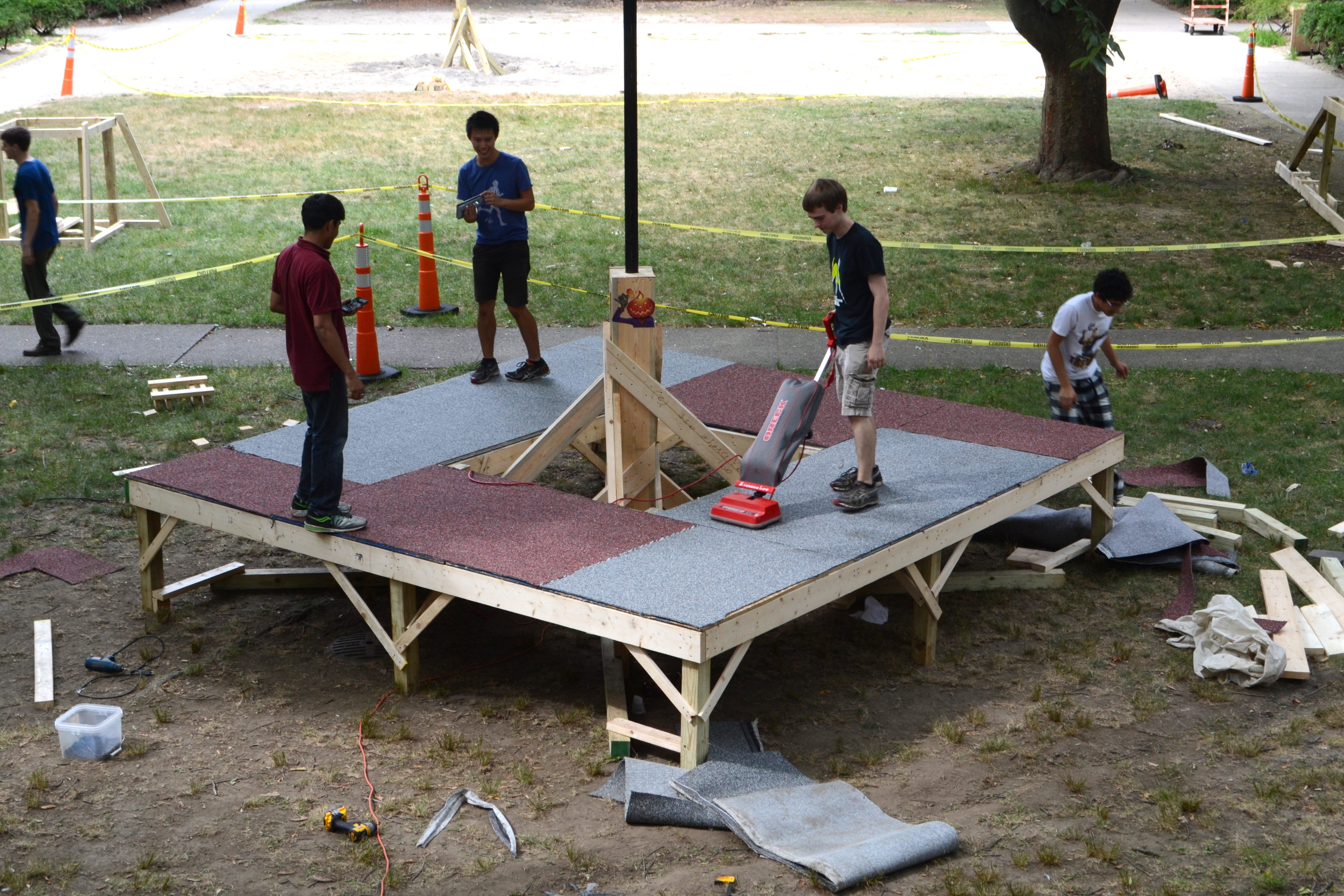 We were now finally ready to set up the swings (which also got the carpet treatment). 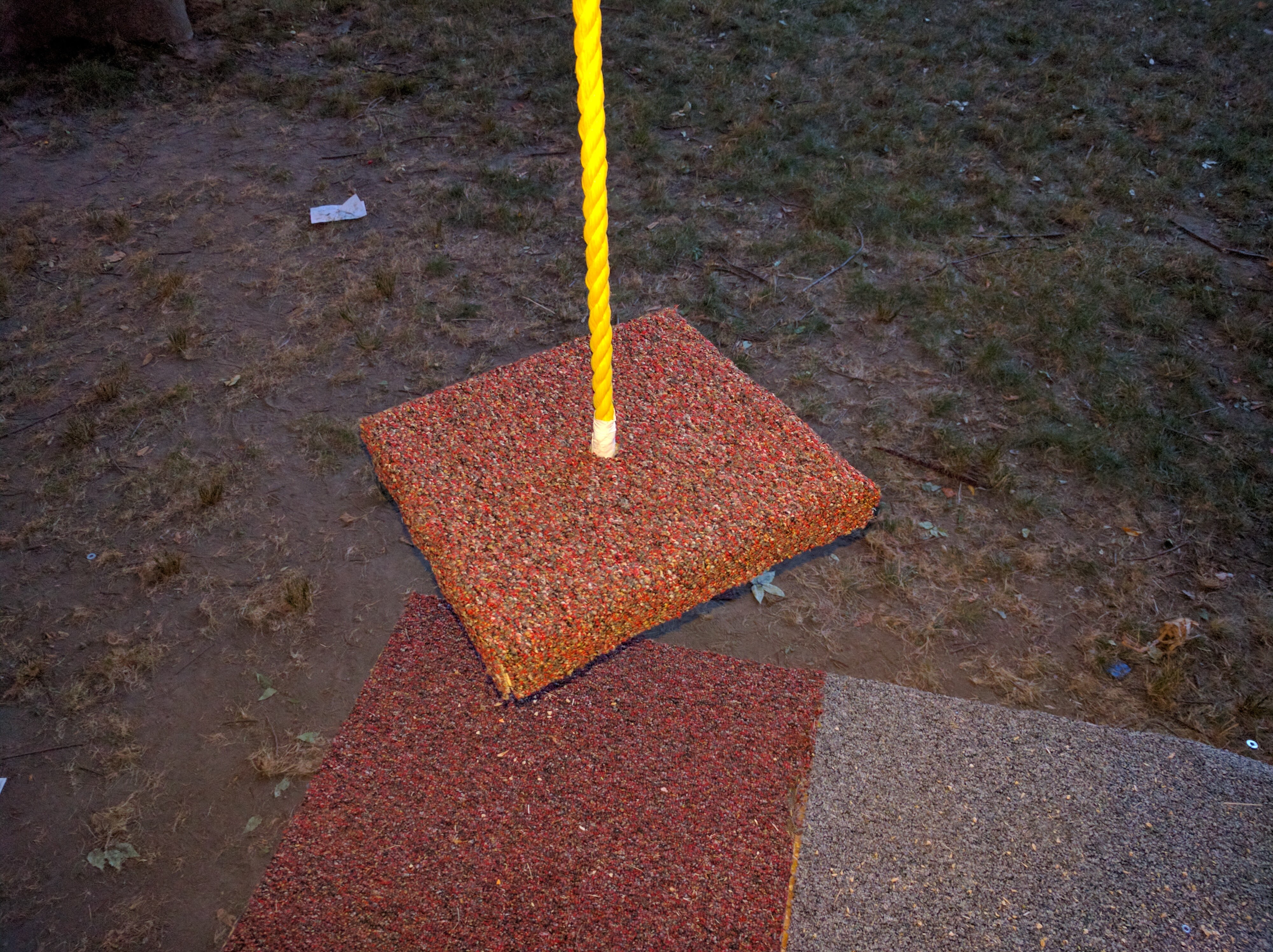 The final ride can seat four people, and is meant to be operated by two “pushers” who run on the raised platform and spin up the ride.